Get access to all our planning tools and event planning deals!

Get access to all our planning tools and event planning deals!

To complete your registration and ensure that all your settings get saved, please be sure to check your email.

Tell us more about your event and we'll help keep you on top of everything!

What kind of vendors do you need?

Though they had known each other from high school, it wasn’t until they reunited at a mutual friend’s birthday party years later when sparks really flew between Amanda and Markus. Flash forward eight years, and the couple finally said their “I dos” at Airship 37 . Coordinated by Angela Leung, their big day had a backyard city vibe and incorporated a stunning organic palette of greens and deep berry colours that set the tone for their modern jungle wedding. Brilliantly shot by Olive Photography, you’ll definitely want to swing by to see this gallery!

The couple’s gorgeous stationery was done by a friend of the bride.

Vendors Featured in this Article

The couple’s adorable first look and ensuing photo session features some of Toronto’s most stunning architecture and breathtaking views — the perfect backdrop for this sweet couple’s most tender moments. 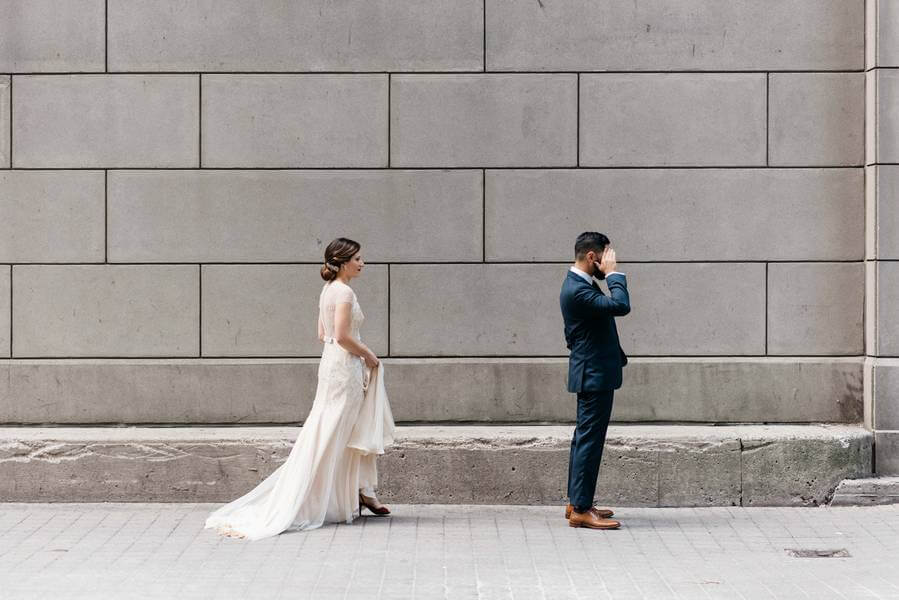 The couple’s intimate ceremony is the perfect example of an urban oasis, juxtaposing industrial white brick walls with hanging greenery by Patchouli Floral Design, as well as with the exotic leaves on the wall, done by Van Harten and Tossell (and left there from a previous wedding).

The couple’s reception was filled with tons of gorgeous greenery alongside both rustic and modern accents, and darling DIY details (including the desserts, which were created by the bride herself and her Maid of Honour and a few of her aunts). Lush florals, pretty plants and wooden additions created a romantic organic element to the evening which paired nicely with simple-yet-chic linens and the overall industrial ambiance of the venue. The result? Exotic and dazzling, and a night to remember.

Other Weddings by Olive Photography
September 2, 2021

How Long Should You Date Before Getting Engaged?

Dealing with Food Allergies at a Wedding

Why You Should Hire A Valet Company For Your Event

Other Weddings in summer

Other Weddings in white

Kam and Laurence's Sweet Wedding at the Four Seasons Hotel

Jenna and Rob's Chic Wedding at the Fermenting Cellar

How Long Should You Date Before Getting Engaged?

Dealing with Food Allergies at a Wedding

Why You Should Hire A Valet Company For Your Event

EventSource.ca respects your Internet privacy. To ensure a prompt response, please type in your email address carefully. Use of contact forms for commercial solicitation is strictly prohibited [].

Search Toronto real weddings by colour, season and style Show me the inspo!